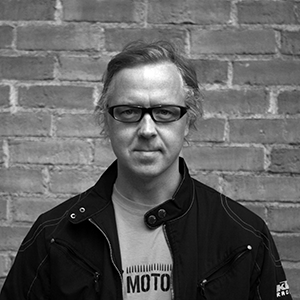 Creative Director since 1995.  Director and Shareholder since the foundation of FUSIO.

Mat has worked on all projects that have passed through FUSIO since its foundation.  These projects include design and implementation of CD-Roms, websites, kiosks, multimedia displays for exhibitions, mobile websites and apps.  Mat has overseen the creative development of entertainment.ie which he is a Director of.  Mat worked at all stages of projects from initial project scoping to testing and deployment.

Previous to Fusio Mat worked with Audio Engineering introducing the first computer based digital audio editing systems to Ireland and also for Microsoft Ireland as a sound engineer, programmer and graphic designer.

Outside of FUSIO Mat is a director of the world famous Belfast circus group Tumble Circus.